The season begins at last!

Bloom in the greenhouse is running a couple of weeks behind past years, due to more cloudy weather than is typical. I numbered my first seedling on April 8. 0113 is out of two seedlings I saw last year - 0412 x 1312 - the second and third pictures below. The look of 0113 is about what you would expect it to be as a combination of these two parents - rich, saturated color, soft watermark, ivory edge, petals that don't overlap, and the lighter color on part of the sepals which gives the seedling added drama. 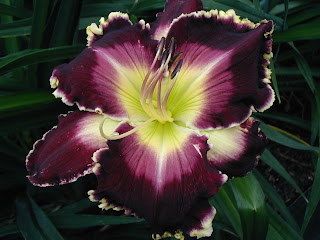 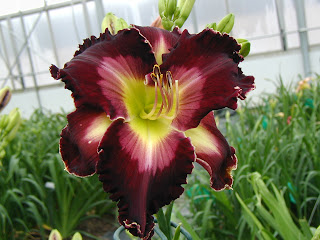 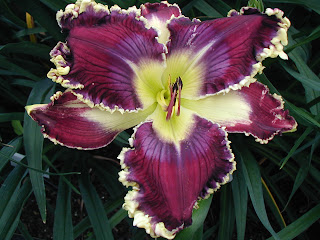 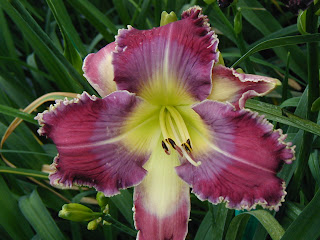 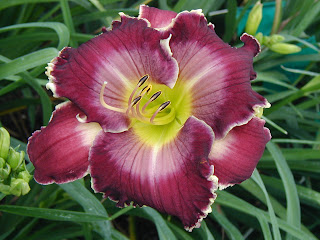 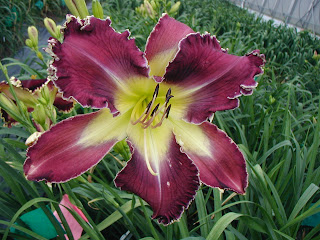 I also saw my first seedling out of Flying Purple People Eater. I was hoping FPPE would help me increase the size of my purple lines while keep some of my fancy edges and watermarks. A large percentage of the seedlings out of FPPE are dormant, so it will be another year before I see most of them. This is 0513 (below), which is out of 6412 (a round flower with a modest edge that goes back to fleur-de-lis patterned 8110) x Flying Purple People Eater. At 10", it was even bigger than I was hoping to get in the first generation. Hopefully, some of the plants I crossed FPPE with that had bigger edges will produce even fancier blooms in this size range.. 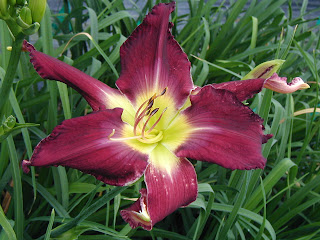